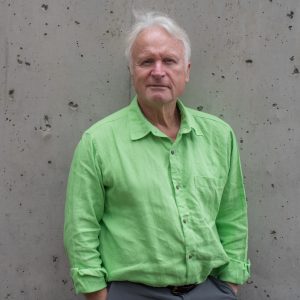 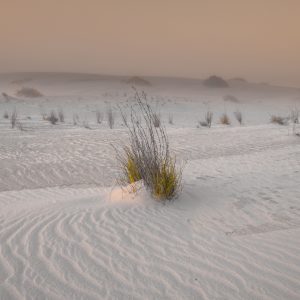 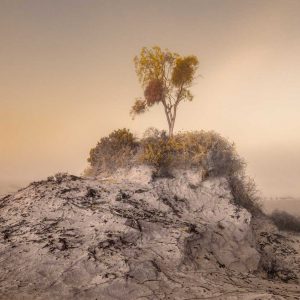 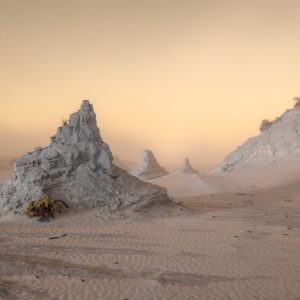 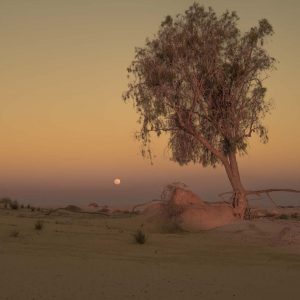 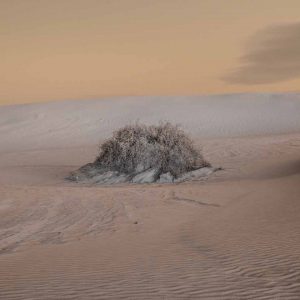 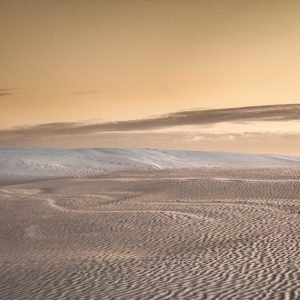 These shots were taken in the Mungo Lakes National Park of western New South Wales.  This is the site of the Mungo Woman and Mungo Man discoveries, proving first peoples occupation of Australia for well over 40,000 years.  It is also the site of the earliest known ceremonial burial in human history.  For over 20,000 years there was  a thriving community around the lush shores of Lake Mungo, but the climate changed about 17,000 years ago with the melting of the last ice age and the lakes dried up.  The occupants did not disappear, but adapted to the changing climate.   It is an area of great significance to the local first peoples - the Paakantji, Ngyiampaa and the Mutthi Mutthi peoples of the Willandra Lakes - who claim continuous occupation for over 40,000 years and every time I visit I am deeply moved by this simple yet powerful fact.  Climate change forced these peoples to adapt, and adapt they did, very successfully.  Is our culture as adaptable ?

The Australian desert is a land rich in beauty and meaning, but I can never decide if the stillness, the colour, the overwhelming sense of place that is invoked by the immense emptiness isn’t also issuing a  warning.

My photos attempt to address this ambivalence between a love of country and a fear of imminent collapse of our constructed world.

I am open to any ideas that connect with my love of land and desire to promote an awareness of the risks of continued climate inaction.  A background in Economics also makes me conscious of the pervasive inequality inherent in the neo liberal policies of our political system - anything in this area interests me also.