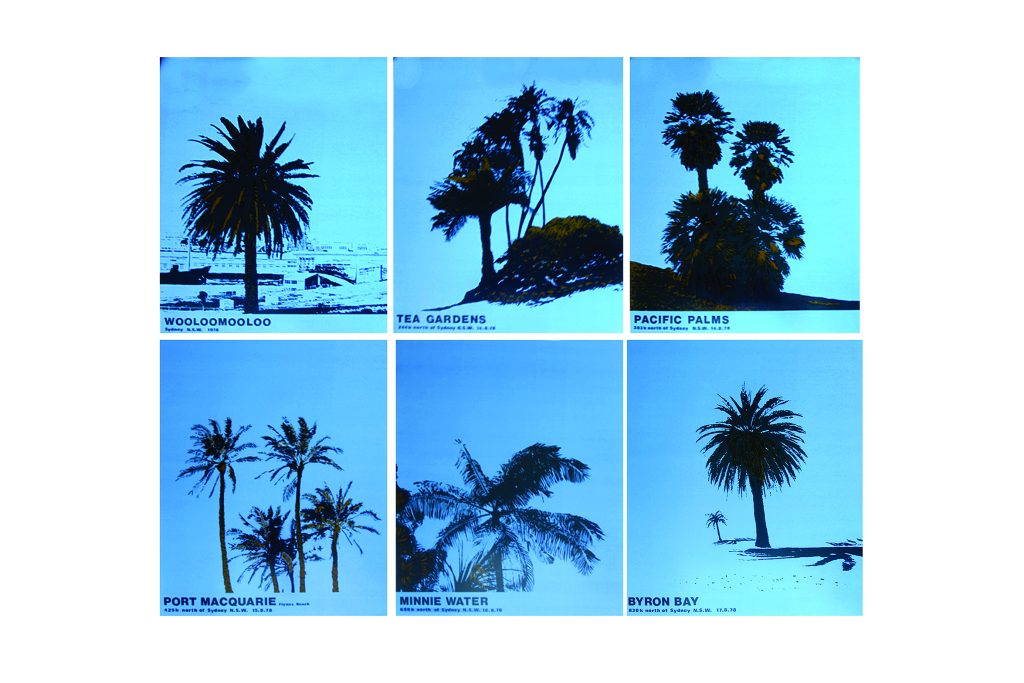 Six images of palms and ferns originally made as A1 silkscreens, which document a journey made in NSW 1978 travelling up the Hume Highway. My elder brother had been one of the surveyors during its construction during the 1960s. This work has been reconceived in miniature especially for this exhibition.

Philippa Beale is a conceptual political artist and a founding member of the Arborealists. In particular, her work employs semiotic images, using real places or situations which represent similar venues or events. Collectors often say ‘I bought this because it reminded me of……’; in this way, the audience continues and often completes her work. She became known in the late 70s and 80s for her iconic works about advertising: Baby Love, Love Story, Children in Peril, which were exhibited in the public domain.