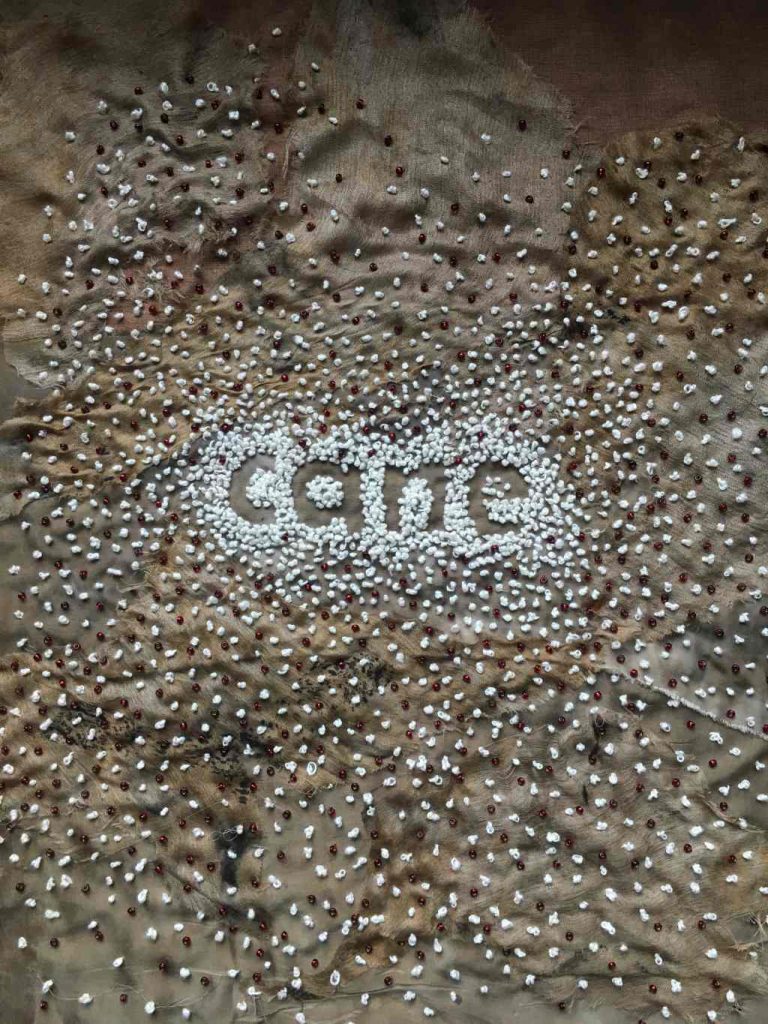 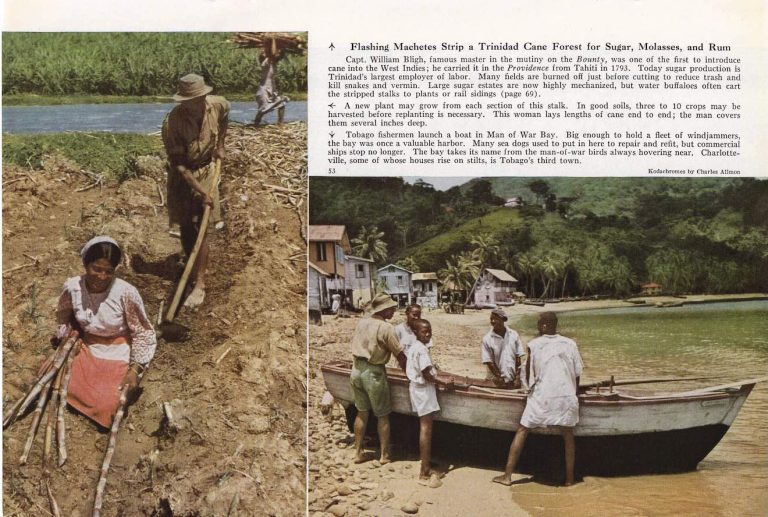 My artwork “cane” for the project “Vacation Nation” is inspired by a page of “The National Geographic Magazine”, Volume CIII Number One, January 1953.

Sugar cane was brought to Tobago and Trinidad on the Providence in 1793 by Capt. William Bligh, famous master in the mutiny on the Bounty. As everywhere in the Caribbean where plantation farming was practiced, sugar cane cultivation was based on the brutal exploitation of slaves. With the abolition of slavery in the British colonies, slaves were replaced by contract laborers, primarily from British India. The working and living conditions of these contract laborers differed only slightly from those of slavery.
With my artwork I want to remember the many people who had to toil in the sugar cane fields. All the little knots of linen yarn stand for the grains of sugar, each red bead for the people who had to work in the cane fields.

I am a textile artist based in rural Southern Germany. My passion for creating textiles has accompanied me all my life. Since childhood I am sewing and knitting. I love needlework and sewing by hand, this is my kind of meditation. In the last years I combined natural dying and felting with ecoprint and sewing to create quilts and embroidery, framed and wearable art. It’s always a mystery when leaves create their magic on plain white textile. Every leaf in every country has it’s own language and I would love to learn from all of them. Nature and experimenting with plants all over the world is an endless source of inspiration. I love to work with preloved textiles, adding something of me and my history, the material shows me the way to create something unique new. I am fascinated in deconstruct preloved cloth and give it a second life in my art.