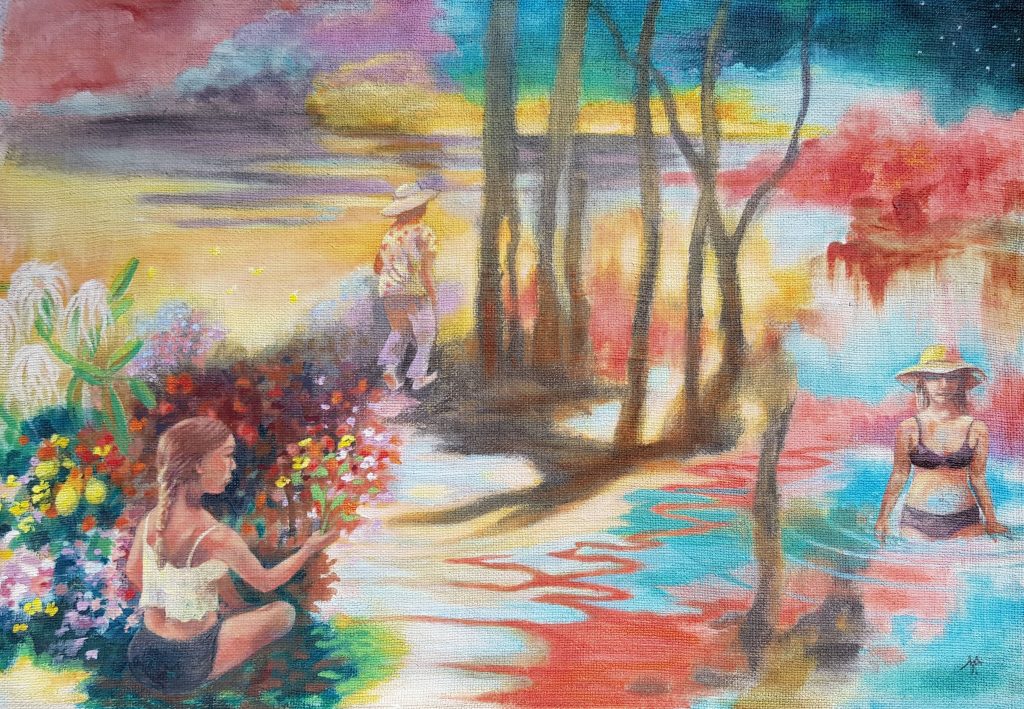 Three generations of women, each experiencing different times of their lives with the shared life event of loss, find themselves living in the same place.
This place is held by a garden, bordered by the river and nature.
A garden that was started previously by others with their own ideas and aspirations, built between the surviving native paperbarks.
These women survivors come together and connect with each other and this nurturing space, creating their own version of the garden.
It grows alongside them, as the younger one heads out into the world and the oldest one slows,but it will continue to be a place of refuge, ever evolving.


Australian artist Maria Paterson is inspired by the subtle relationships between nature, subconscious memories, and human perception. A long time practitioner in the Northern Rivers region of New South Wales, she creates her unique art works in her waterside studio at Ocean Shores. Maria’s highly experimental approach to mixed media drawing and painting has received numerous commendations, including The Border Art Prize (2010), and the FID International Drawing Competition (2018). In 2002, Maria completed a Diploma of Education which allowed her to share her advanced skills at secondary schools and community colleges. She has actively participated in group exhibitions for over four decades, and more recently, she has enhanced her career with four solo exhibitions, with many of her works being acquired for local and international collections.