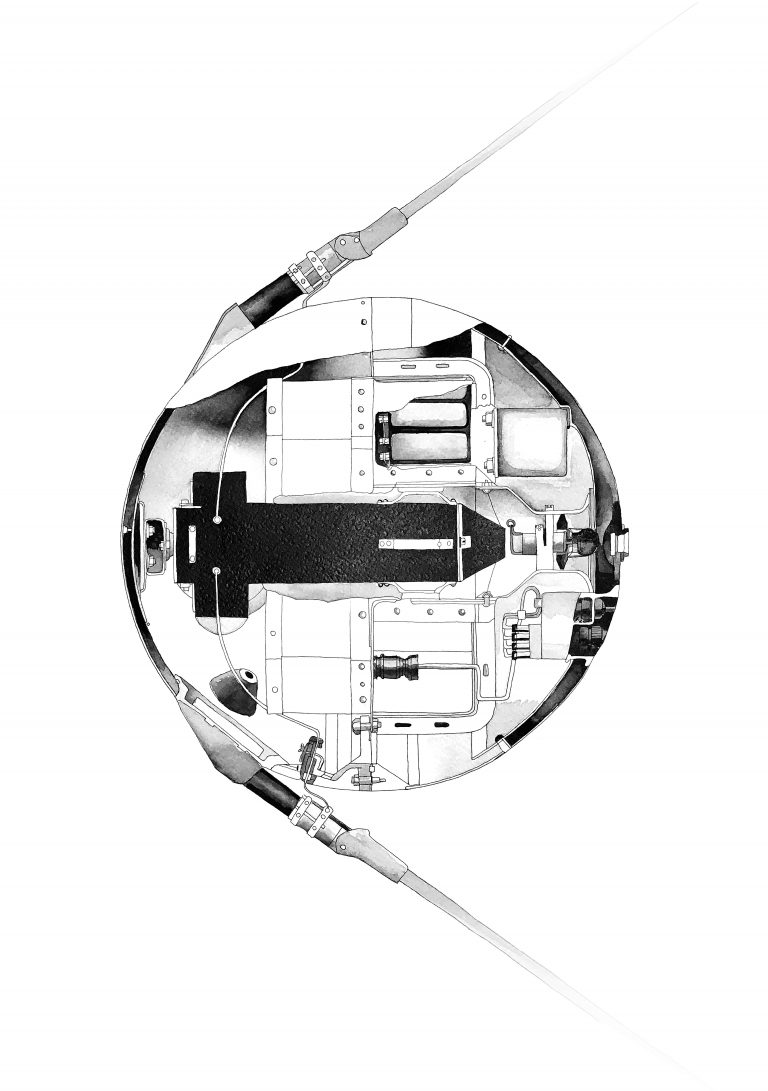 As the first artificial Earth satellite was launched into an elliptical low Earth orbit by USSR in 1957, modern society is launched in a very new and uncertain environment nowadays. The reality is shifted in a very specific way, the space tourism is real now, and also now the places which were reachable in a sudden move, so close and familiar, became so far and forgotten. As a satellite in the weightlessness we are drifting in reality, elsewhere, and in other places.


The artwork refers to the global world and society changes during the pandemic times, the launching of the space tourism program in 2021, and the name of the first USSR satellite which means in Russian not just a “satellite”, but way more, as “companion” and “fellow traveler”.

I’m a Moscow born, Milano based architect, designer and artist. Mostly working for exhibition design, I have a chance to be always involved in the newest moves in the contemporary art and the creative environment. My artistic career goes in parallel with the architectural one. Inspired by technical drawings and straight lines, I’m interested in translating it on the paper In another way and looking from another perspective: more abstract and conceptual, more emotional and expensive.