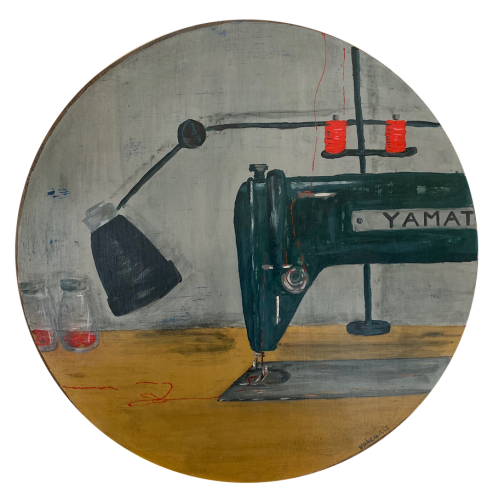 Title: At My Mother’s Feet

My mother migrated to Australia from Northern Greece in 1961 as an unskilled migrant. She worked in many factories in various jobs before buying herself a sewing machine and learning to sew. As a young child my early years were spent playing with odd scraps of material and buttons at her feet as she worked. The buttons were a source of fascination. I would be given the task of sorting the buttons and placing them in various jars according to their color and size. Finding a red button was rare. These were the prized find, the jewel in the button heap.