The art of being completely overwhelmed

Visiting my hometown over the Christmas break, a relative asked me, “What are your opinions on climate change?” I was blindsided- naively, I thought climate change denial had been left in the early 2000s. Erring on the side of politeness, I confessed, “To be honest, I have less of an opinion than lots of feelings. I am completely overwhelmed.”

A few weeks later, I went for a run when the sky finally cleared of smoke. I inhaled deep breaths of fresh air, crying with relief. Suddenly, I felt sick with dread, realising my sense of victimhood as I celebrated reprieve from breathing in the ashes of animals, family homes and ancient forests.

Being an individual in an ecological crisis, the ramifications stretching for millennia beyond your time, is deeply traumatic. It’s a trauma purposing itself with grief, guilt and shame. Culminating into ‘climate anxiety,’ individuals lean into their fear while those with power stay silent. Countering this powerlessness, art can be a therapeutic medium to process events and information. Perhaps more importantly, it can also leverage focus from individual anxiety to environmental solidarity and thoughtful, impactful resistance against the truly culpable.

1.5 Degrees, an exhibition curated by Autumn Tansey and Art Aviso’s Beth Hulme with 17 participating artists, posits art’s ability to communicate ‘something meaningful’ amongst the ‘whirlwind of data and opinion surrounding climate change.’ Within this exchange, many of its artists place ecological need over human desire. Interestingly, the exhibition is almost void of visualising humans amongst its diverse explorations of nature and science. 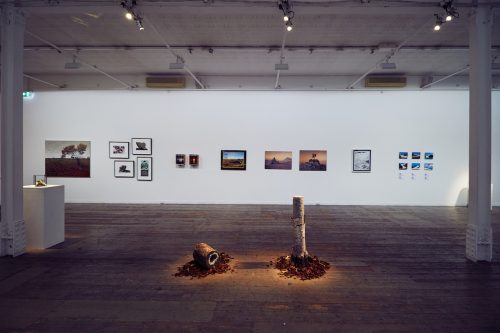 In daily discourse, too often the knee jerk reaction is to fault individuals, suggesting they don’t care enough unless they resolve the insurmountable issue of climate change. Bearing the burden of ‘fixing’ the environment, anxiety builds when the answer isn’t simply found in sustainable lifestyle choices. The government and powerful corporations, sidestepping their ability and duty to respond to the crisis, tell the public to calm down. It’s a fruitless cycle of naval gazing.

To halt environmental exploitation and provide essential resources, a broader approach should encompass all life-forms and power structures. Pursuing this alternative, art has crucial ability to urge influential groups to take concrete, urgent action. Exhibitions, and other forms of public programming, can platform art to pressure plans for a carbon-neutral future, as exemplified by Artnotoil, ‘creative action’ calling for the TATE to drop BP as a sponsor, and ArtCop21, a series of cultural events challenging the transparency of the United Nations Conference on Climate Change (COP21). 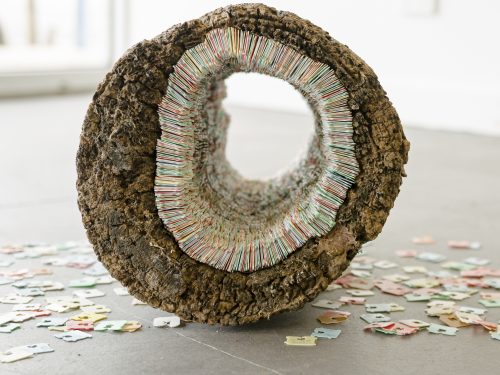 Art plays an important role in manifesting alternative perspectives and cultural power within moral turmoil and social crisis. Set in FortyFiveDownstairs’ voluminous basement gallery, 1.5 Degrees stages the issue, acknowledging its existence and complexities, and allows its artists to traverse its internal structures. As a result, the artists position themselves as mediators and protestors, their artworks fortifying new ways of perceiving and mitigating ecological disaster.

Such assertive positioning aligns with T.J Demos’ Against the Anthropocene (2017). Demos’ short book argues against visually depicting the climate within the bounds of the Anthropocene, a term positioning climate change within a human-centric narrative of controlling and transforming nature. He asks artists not to demonise human activity but instead confront the capitalist machine. Humans don’t hold hegemonic power, they contain multiple levels of disenfranchisement and, since the Industrial Revolution, it’s always been a handful of powerful companies perpetuating the majority of greenhouse gasses. According to Demos, visual culture should mimic dissent and glean information from Indigenous activists, environmentalists and NGO representatives, and turn away from the delusion of capitalism and colonialism feeding predominant narratives. 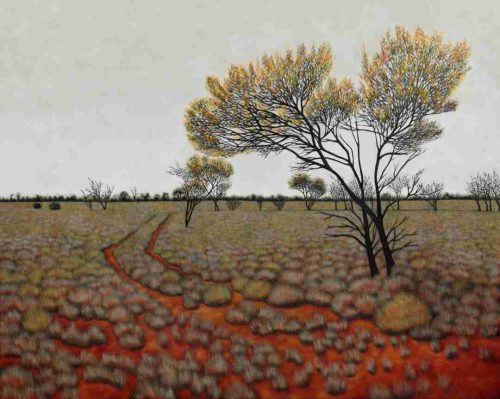 1.5 Degrees artists Karen Standke and Helene Boyer follow this reasoning by exploring deprioritised environments. Standke’s Maralinga Landscape II – (Taranaki) illustrates Maralinga, the site of British nuclear tests and home of the Maralinga Tjarutja as, ‘the apex of colonialism in its most arrogant form.’ She uses the landscape to demonstrate the ruthless historic trend of perpetrators being untouched by their environmental exploitation whilst disregarding any consequences to the land and its people. 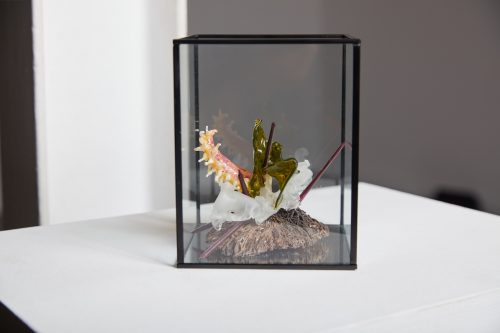 By featuring life overlooked within climate discourse, she argues environmental catastrophe is only brought to the public’s attention if it affects agriculture or fishing economies. Standke and Boyer iterate how powerful bodies not only initiative and prolong environmental calamity but shape how it's viewed, escaping their own culpability by keeping the community docile and scared. Through their works, they harmonise the need for ecologically diverse climate representations which hold damaging forces liable. 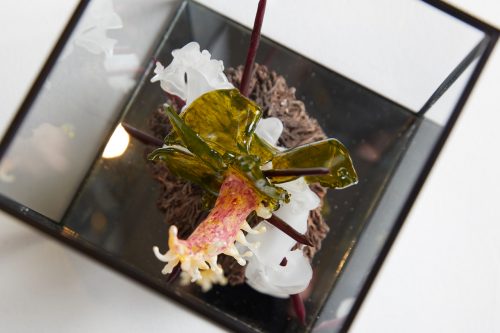 It’s worth being aware of what art can’t do. The geographical density of exhibitions and galleries beckoning climate action are consumed by progressive audiences. They don’t reach nor change stubborn minds. Yet, for those who encounter them, exhibitions are a creative space between fight and flight. Existing both outside and alongside political, scientific and cultural discourse, art raises dissent by channelling wide-ranging perspectives. It’s a visual communicator combatting the ecological crisis, a social meditation which juxtaposes corrupt leadership, damaging dogma and unspoken narratives- holding the first two to account and making the latter visible. From 1.5 Degrees and beyond, art anchors anxious minds to recoup, reflect and re-energise, challenging greater consciousness, acumen and duty toward urgent resistance essential in responding to the imminent crisis.

What’s in a Brush Stroke?

new blog entry displaying a choice out of 30 works on paper,...