The whirlwind of data and opinion surrounding climate change can be overwhelming; how do we form something meaningful and informative out of all of the figures, news, opinions and anxiety surrounding this topic?

Art connects us to the problem in a felt way, it encourages engagement, deep thinking, problem-solving and questioning.

The title of this exhibition (1.5 Degrees) comes from the challenge of the global community to limit global warming to 1.5 degrees (above pre-industrial levels). It is about the science of climate change, communicated in diverse and intriguing ways.

17 Artist from across Australia explore our relationship to the planet, through explorations of the juncture between science and art, and the very human response to the looming threat of climate change. 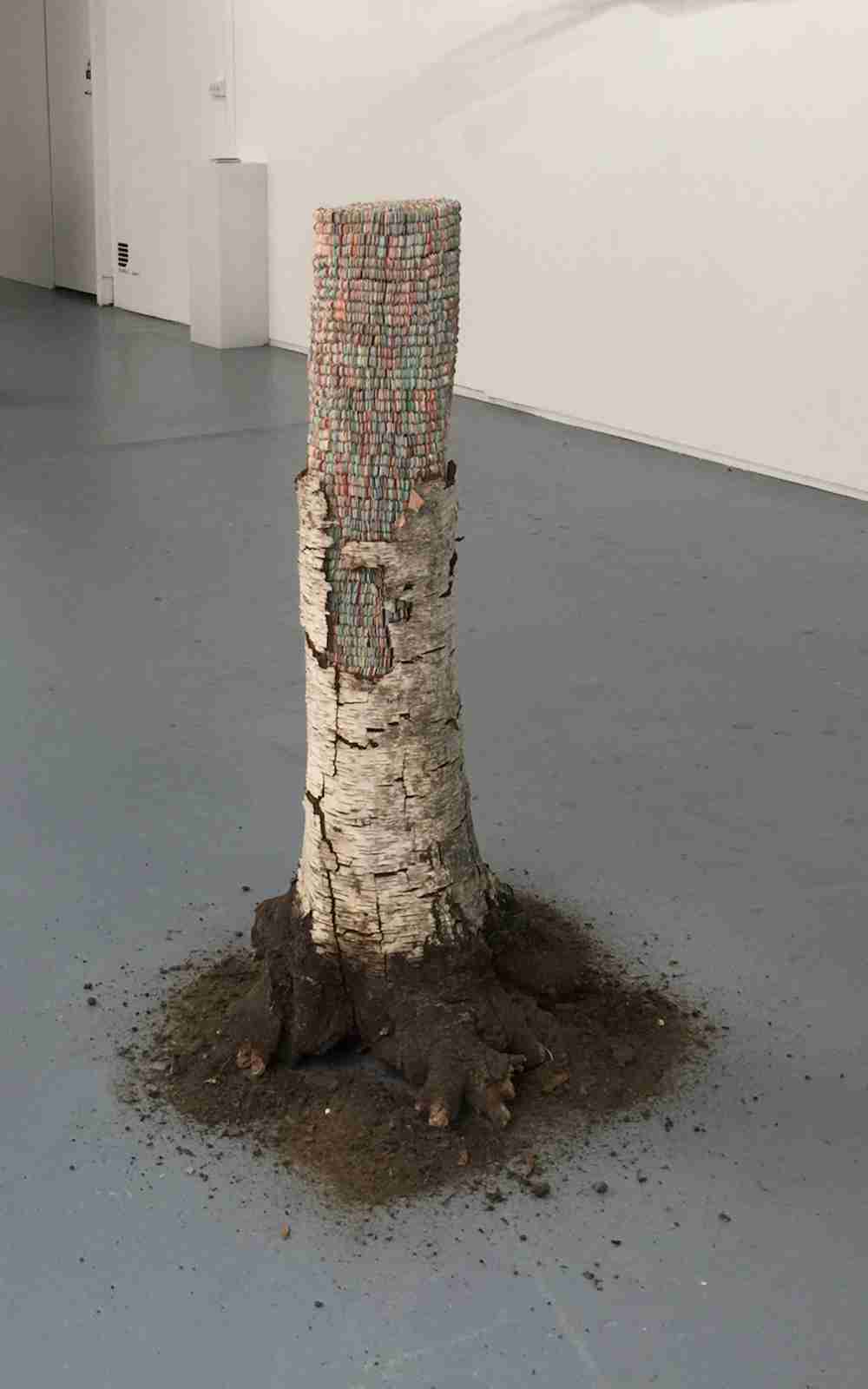 After seeing photographs of dead albatross’ their stomach’s full of shards of coloured plastic, I began to collect bread tags. All I thought of, at this stage, was that if I held onto these small plastic fragments they couldn’t be ingested by sea birds.
Initially, the work aimed to present fifty- two proposals, made over a year, for three dimensional works, reusing my collection of bread tags. The resulting series of photographs can be seen at Fitzroy library between February and April this year.
The project was extended to incorporate wooden logs, after the drought killed off a eucalyptus tree in my garden and after cutting it down and suspending it from my studio ceiling, I began to experiment with combining plastic in order to further explore ideas around environmental degradation. The ubiquitous use- by date acts a call to action, while the reference to our daily bread, calls to account the tragic irony wherein our own nourishment may be inadvertently contributing to the destruction of a species from starvation.

Artist Statement:
I am a multi disciplinary artist with a practice spanning thirty years. I studied at VCA in the eighties and completed an MA at RMIT in 2003. Since then I have painted, sewn, assembled, written and curated works that have been exhibited widely, in over fifty group shows and seventeen solo shows. After exhibiting with a commercial gallery for a short time in the ninetees I now show in artist run and alternative spaces. My most recent exhibition was shown at the Surf coast artspace in Anglesea in January this year, where I combined my Father’s landscape paintings from the eighties with my own sculptural objects that together track the changes in how we view the landscape.
Further to this project, I have become a registered drop off point for bread tags, which are recycled for use in 3 D printing- the details can be seen on the breadtags for wheelchairs facebook page.